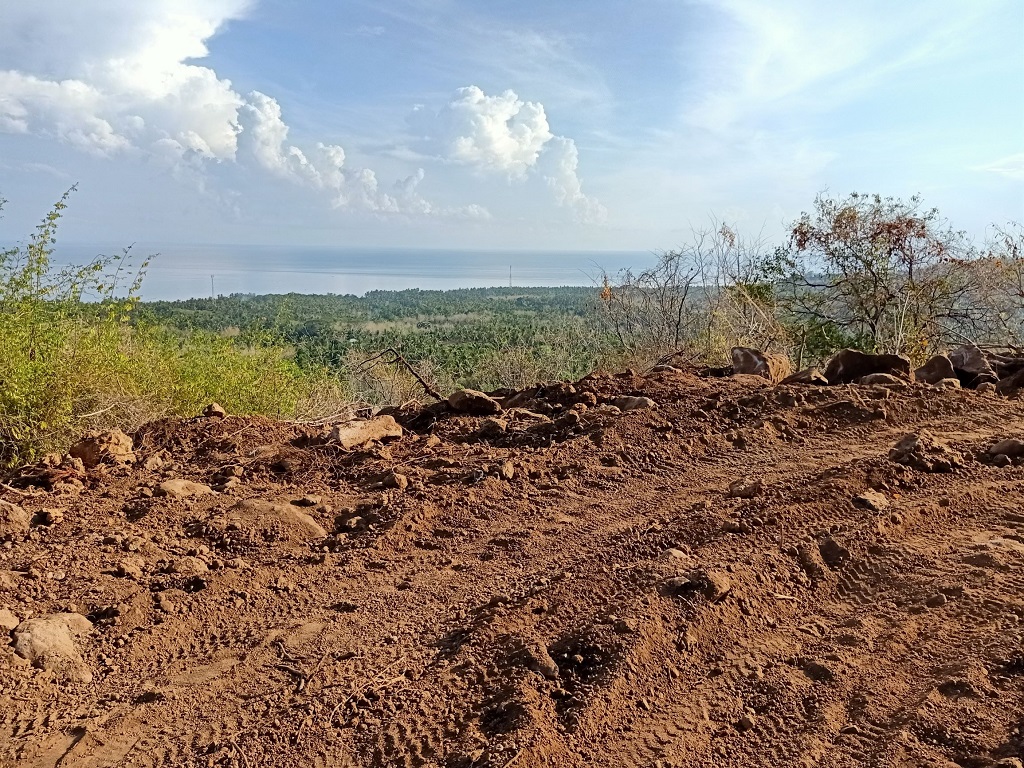 Have you heard about the planned airport construction in Bali?

In this blog, we will provide real-time information on the newly constructed highway road as infrastructure of northern Bali where the wave of massive development is rushing. And I will share the latest information of planned new international airport in Kubutambahan region based on my research.

For those who are considering investing in real estate in Bali, a warm and peaceful country all year round, and those who already own real estate overseas, I hope this will help you to understand the development of the northern area of Bali with great potential for future development.

At the end of this article, you’ll also find the latest situation of our main project of land development.in Kubuhtambahan, so be sure to check it out! 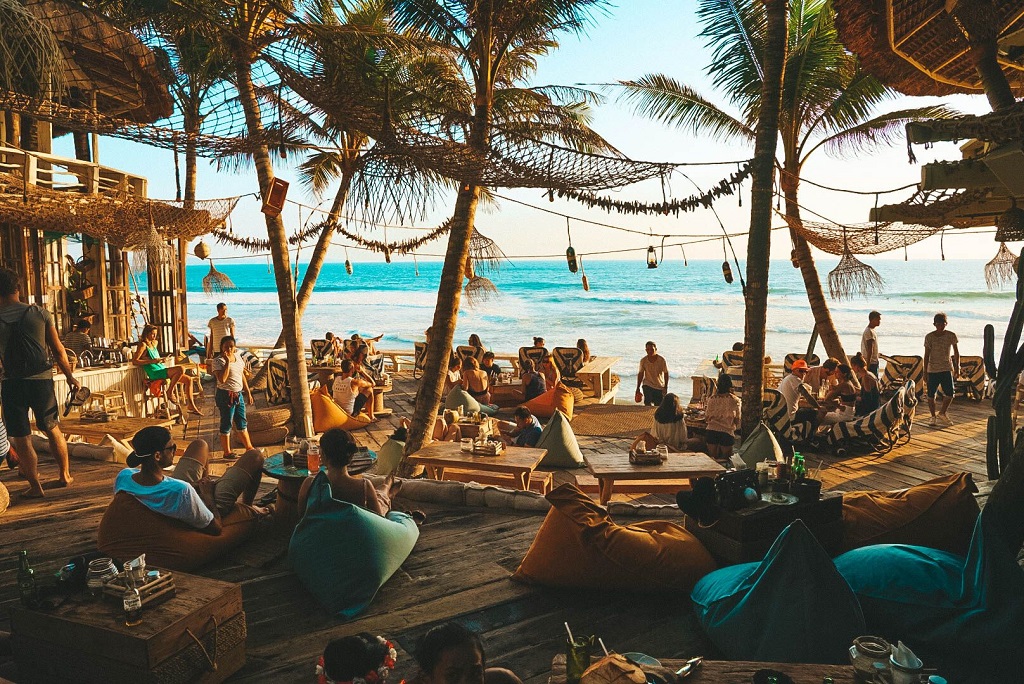 Bali is one of the world’s leading resorts. If you’ve ever been, you’ll realize that the island is loved by so many people from all over the world and is a paradise full of enthusiastic tourist destinations and diversity. During the high season, there are many travelers coming and going in downtown, and you may have been stuck in a long queue waiting for immigration at Denpasar International Airport for hours.

Last year 2019, the Bali State Government announced plans to build a new airport in northern Bali to decentralize the development of the overcrowded southern area.

* Synopsis is the previous article (the latest information that you should know about the construction plan of the 2018 Bali International Airport!)：

2018 Bali International Airport construction plan and the latest information you should know! 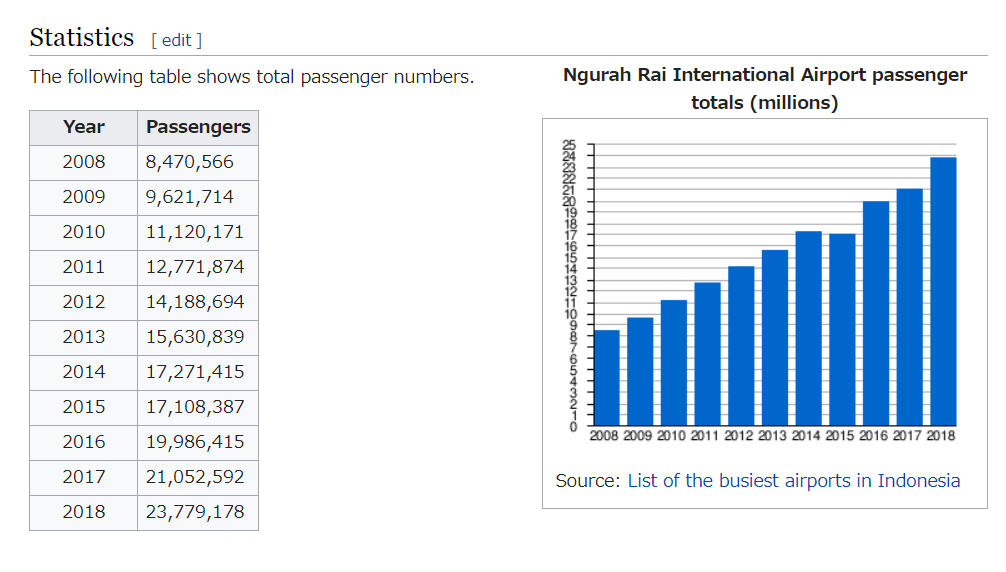 In recent years, large numbers of tourists have come from China and India, and more and more people are visiting Bali every year, mainly in Asian countries. Actually, Ngurah Rai International Airport (Denpasar Airport) has been undergoing repeated expansion work, but it is very crowded during the busy season, and the southern area where the main sightseeing spots are dotted around the airport is very badly congested.

Bali, with tourism as a major industry, is a leader in the tourism industry in Indonesia. The unstoppable wave of tourism development will finally rush into northern Bali.

Bali New International Airport and the status of infrastructure development 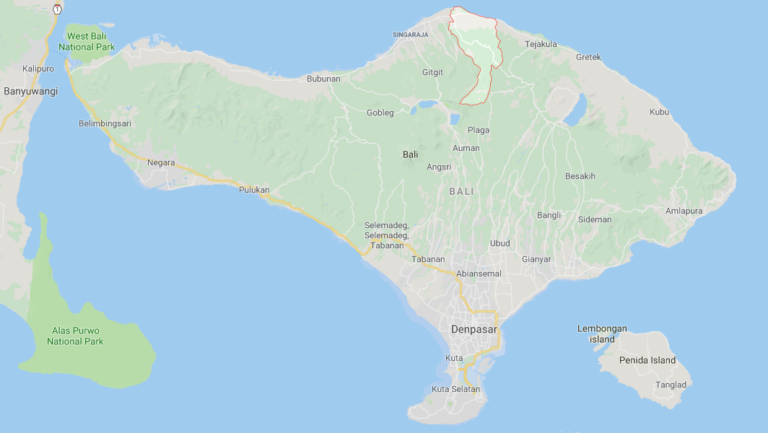 The development scheme for the international airport to be constructed in the Kubutambabahan district of Buleleng is determined by the government and joint venture (KPBU), but details such as the start date and affiliates have not been disclosed. The latest news reports that the government will begin construction of Bali North New International Airport after completing the road infrastructure development.

Bali governor Wayang Kostel emphasized this when he gave a public lecture at the Undicsha campus in Singaraja at the end of March 2019. The Governor stated that the construction of the airport could not be done in a hurry, and that existing technology research had stated that the issue of access roads to the airport is a priority. The Indonesian government’s development experience has shown that creating an airport first in an area with insufficient access will not produce the intended results.

“I don’t want to make it like the airport at Kertajati in west Jawa island. This airport does not have enough road access, so there are few users and always quiet. If we don’t follow the steps to build an airport after the access road is fully built, the new airport in Kubutambaba will follow the same path,” he said. 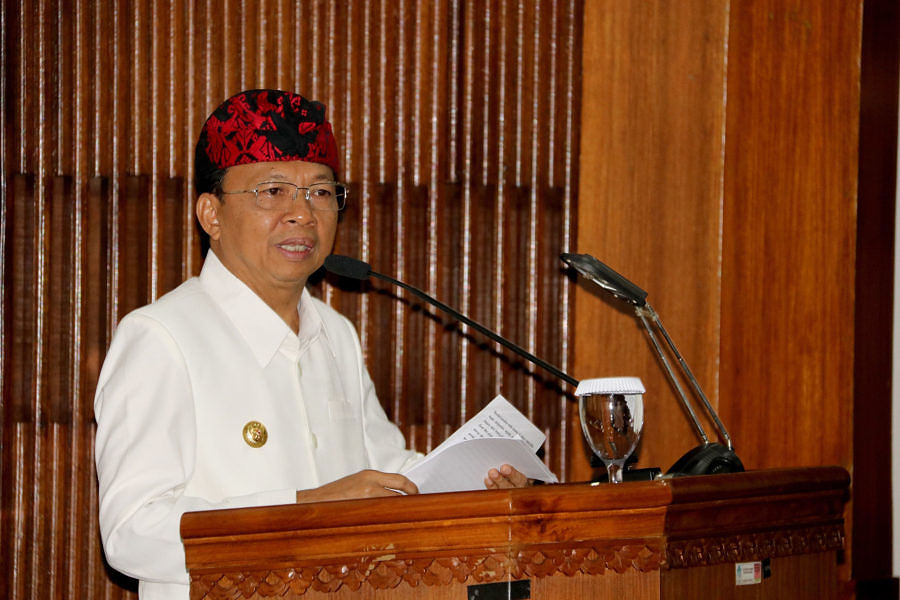 According to Kostel, the first road infrastructure plan has already been implemented. The project is said to be the construction of a shortcut road linking Singaraja to Mungwithani (Badung Province). “The construction of the road project will begin in 2019 and will be completed in 2021. Construction of the toll road is combined with the Bali Ring Railway Construction Project. Shortcuts to bypasses, opening toll roads, and rail access infrastructure will contribute to the effectiveness and usefulness of the new airport.”

The land preparation process is waiting for the Indonesian Ministry of Transport to determine the airport location and issue a block permit. As the land ownership status is now tied and Desa Pakraman Kubutambahan’s 370 hectares of land has already been contracted to a third party, the investment capital will be legally required to proceed with the airport project according to the future scheme. It would not stumble on legal issues as the project proceeded. 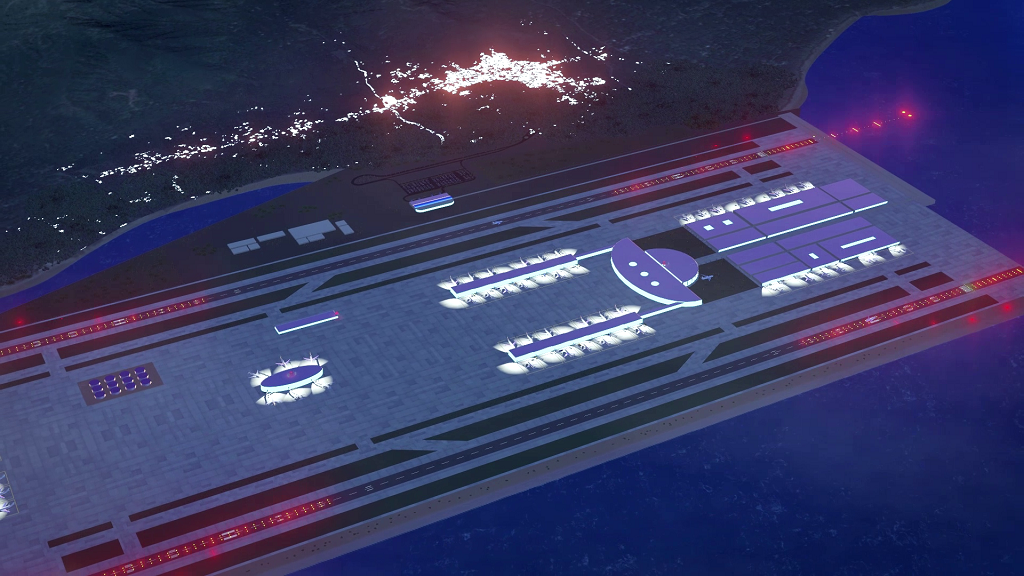 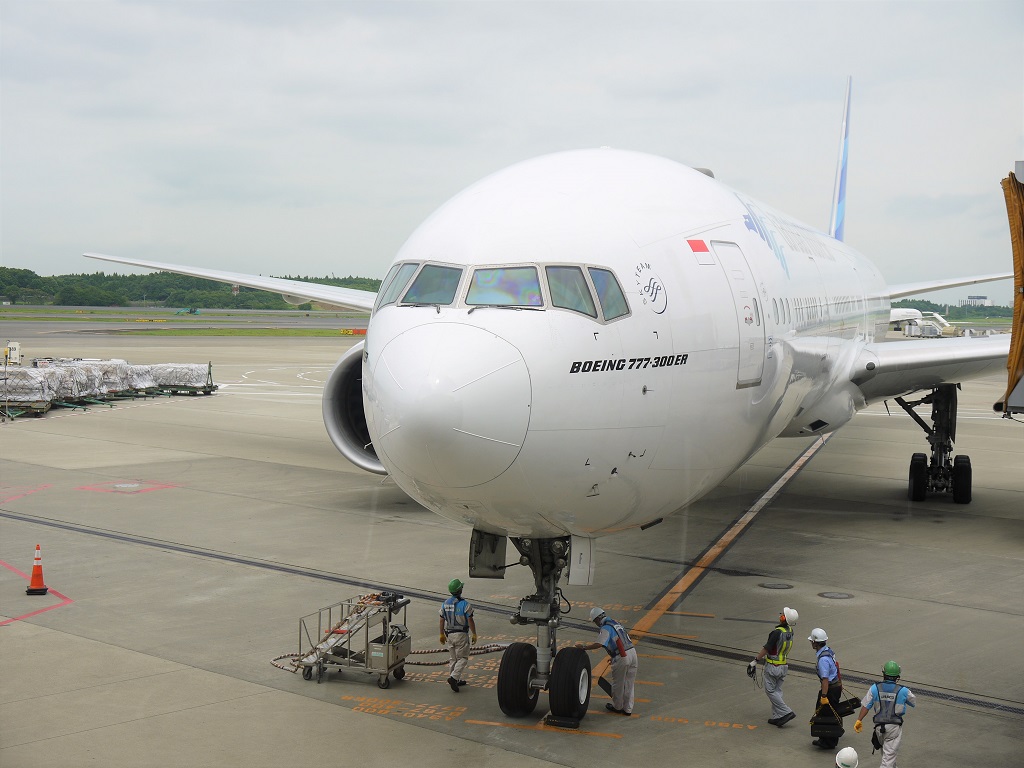 Mar-2018. Indonesia’s Ministry of Transportation stated it will not prioritise the development of a new offshore “floating” airport in Bali. Minister of Transportation Budi Karya Sumadi added the government’s preference is to upgrade existing facilities and construct a second runway at Bali Denpasar Ngurah Rai Airport. The new airport has been proposed by Bali’s provincial government and regional business groups.

Sep-2017. Buleleng Regent Putu Agus Suradnyana stated the government will fully support any company with serious intentions of developing Bali Buleleng Airport, warning against companies with ulterior political motive. The airport development project is estimated to require IDR50 trillion (USD3.7 billion) with land acquisition to commence before the end of 2017.

Apr-2017. Indonesia’s Ministry of Transportation completed surveys on two potential sites for Bali Buleleng Airport. The Ministry aims to recommend a site in the North of Bali, which will then be followed by an economic feasibility study.

Jun-2016. Bali Buleleng Airport’s consultant Airports Kinesis plans to break ground on 28-Aug-2016. Bali Governor Made Mangku Pastika stated the project is pending confirmation from the Ministry of Transportation in regards to the location. Three sites were identified in the recommendation letter which includes proposal for two runways.

Buleleng Airport is a new airport development project that will provide the Indonesian island of Bali with a second commercial airport. The airport is being built to ease the growing congestion at the current Denpasar Airport. The new airport will be located north of Denpasar, in the Kubutambahan district of Buleleng Regency. A train line will link the two airports. The development will feature two runways.

Development of transport infrastructure linking the north and south 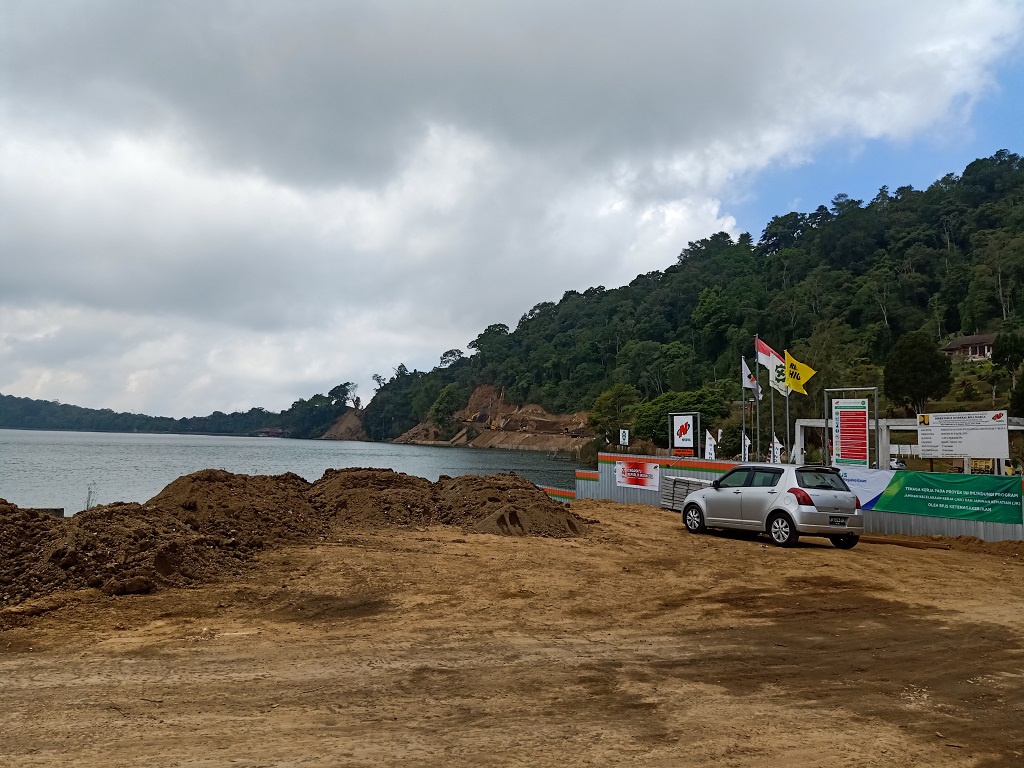 Road infrastructure construction to connect the northern and southern areas of Bali is being led by the government and state-owned construction companies. I went to construction site to see how much construction work is actually going on.

Prior to the construction of the airport, road access from Singaraja to Tabanan and Denpasar is under construction. Shortcut roads are being constructed from high altitude to low altitude south of Beratan lake and north of Buyan lake in the Bedugul Plateau. Bedugul Plateau is one of Bali’s classic tourist destinations with its floating temples and a large caldera lake. 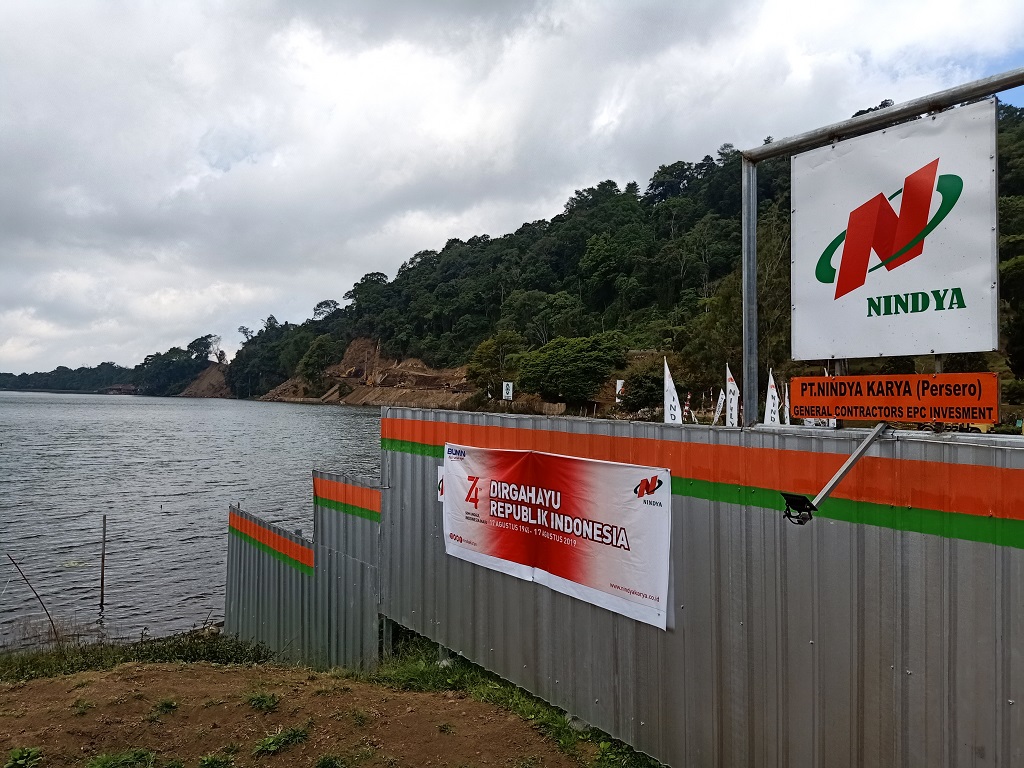 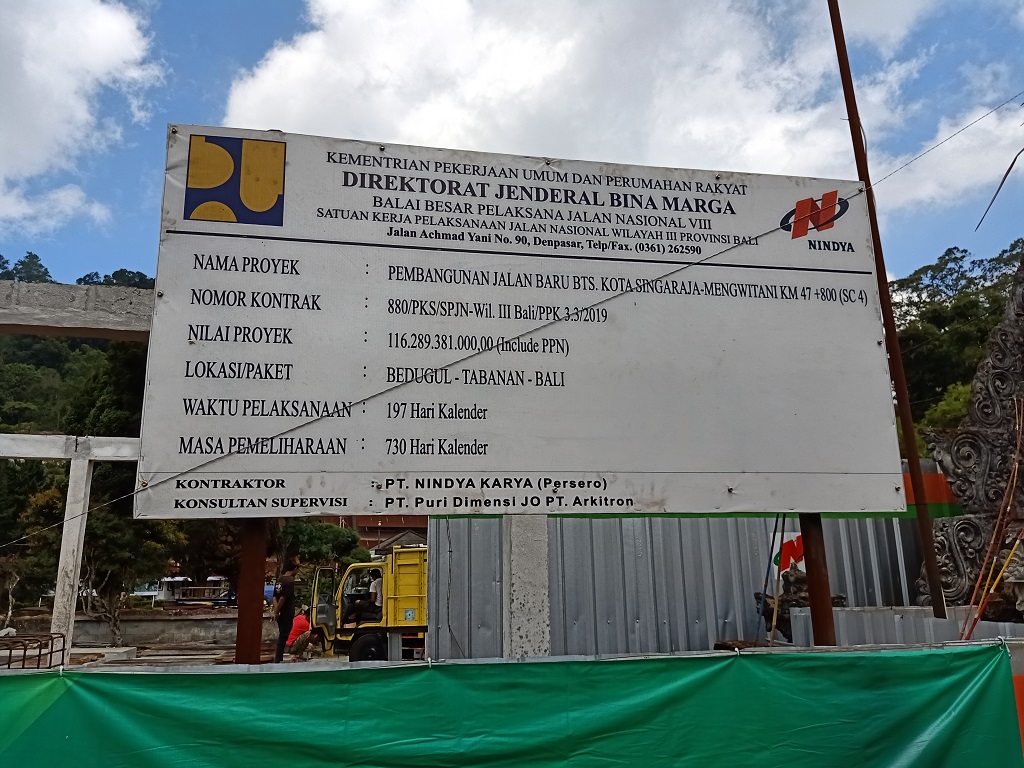 The Indonesian state-owned construction company Pt. NINDYA KARYA is involved in road construction as a public works project in Bali. When I visited around Lake Bratan in August, they were excavating the mountain, but when I visited again in December, the asphalt-paved roads and bridges had already been completed. You can see that the road construction is progressing steadily so far according to the information released by the government. 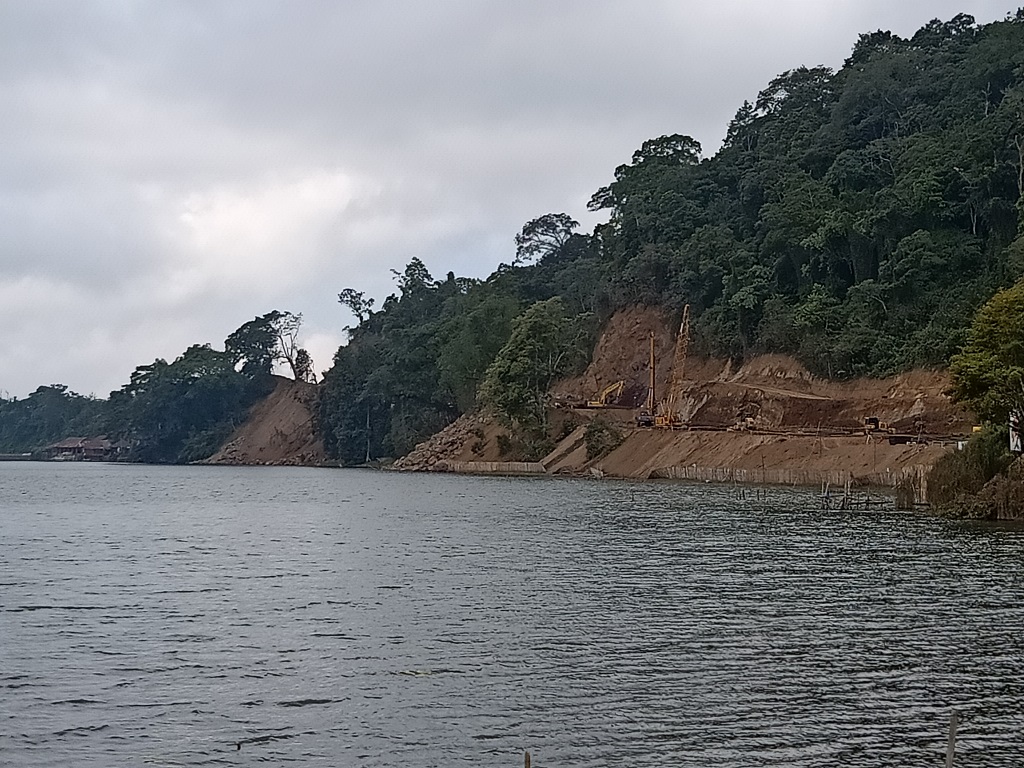 Around Lake Bratan in August 2019 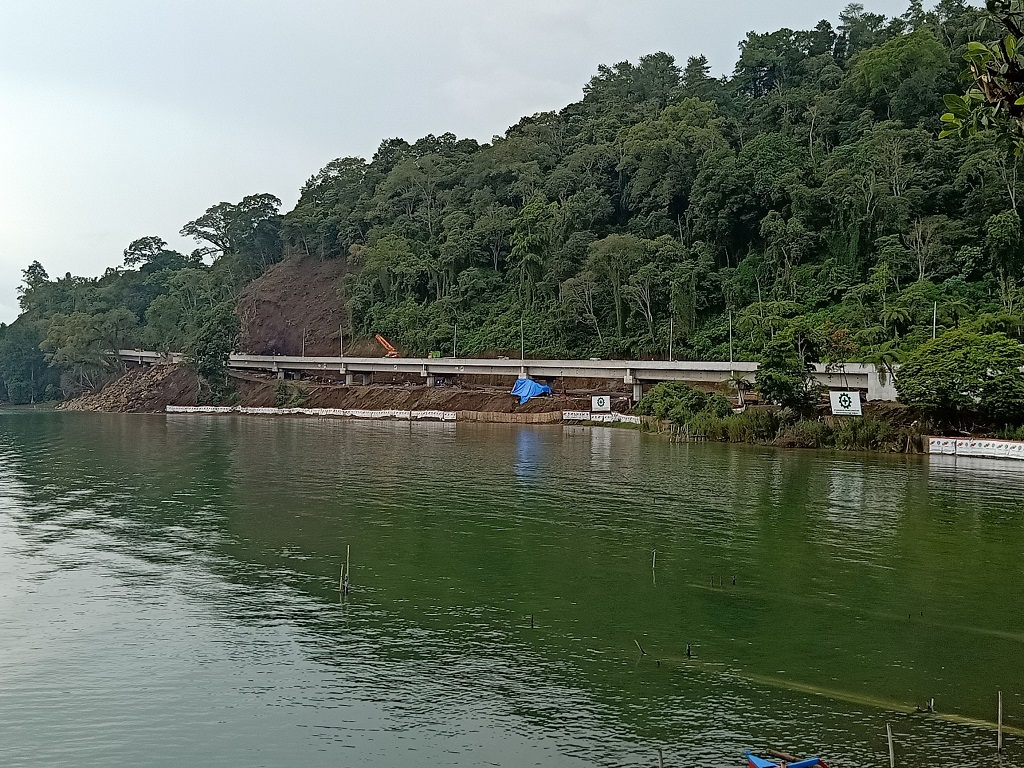 State around Lake Bratan in December 2019

* As of December 2019: Links to photos of road construction sites:

The Horizone‐Progress of land development project

Our residential land development in the Kubutan Bahan area near the airport construction site is under development by local developer Pt. Pasti Indah Indonesia Baru. I went here to check the progress as well.

①Development area seen from the sky

I used drone to see from above of the location where Kubutambahan Residence “The Horizone” a development site in the Kubutambahan district. You can see how the sloping land is spreading, the scenery of the primeval forest full of nature, and the distance to the sea.

View of the development area from the sky: Link to saved videos ①:

②Development area seen from the coastline

In this video, I drove a drone from the seaside and shot the image so that you can see the landscape of the hill where the development area is and the village of Kubutambabahan.

Coastline and landscape at Kubuhtambahan: Link to saved videos ②： 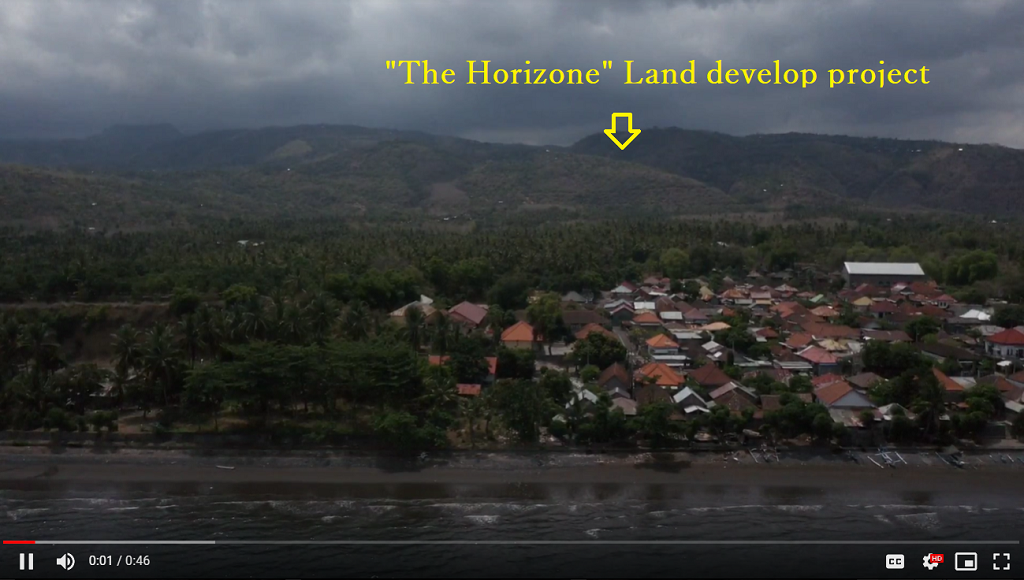 The Horizone ‐ progress of the project of land development

When you enter the land from a public road, a shovel car enters a place where the road was not maintained before, and a road is created for trucks and excavators to come and go. This has made it possible to enter the land even by foot, and when visiting here on inspection, it became possible to overlook the entire land from a higher place. 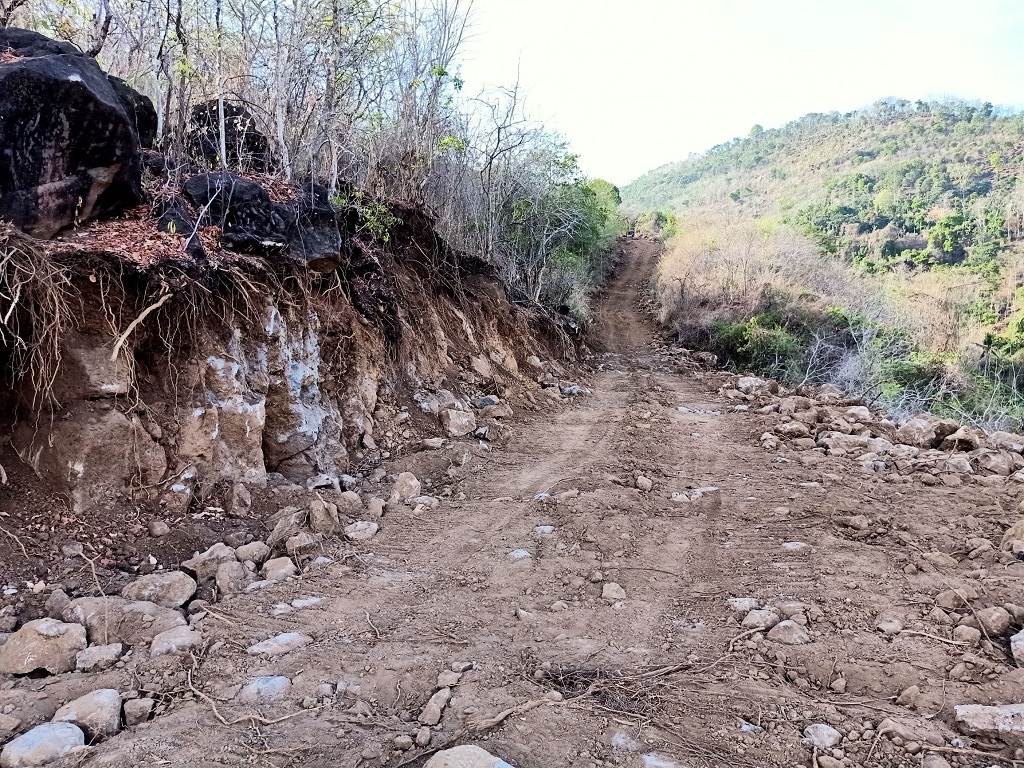 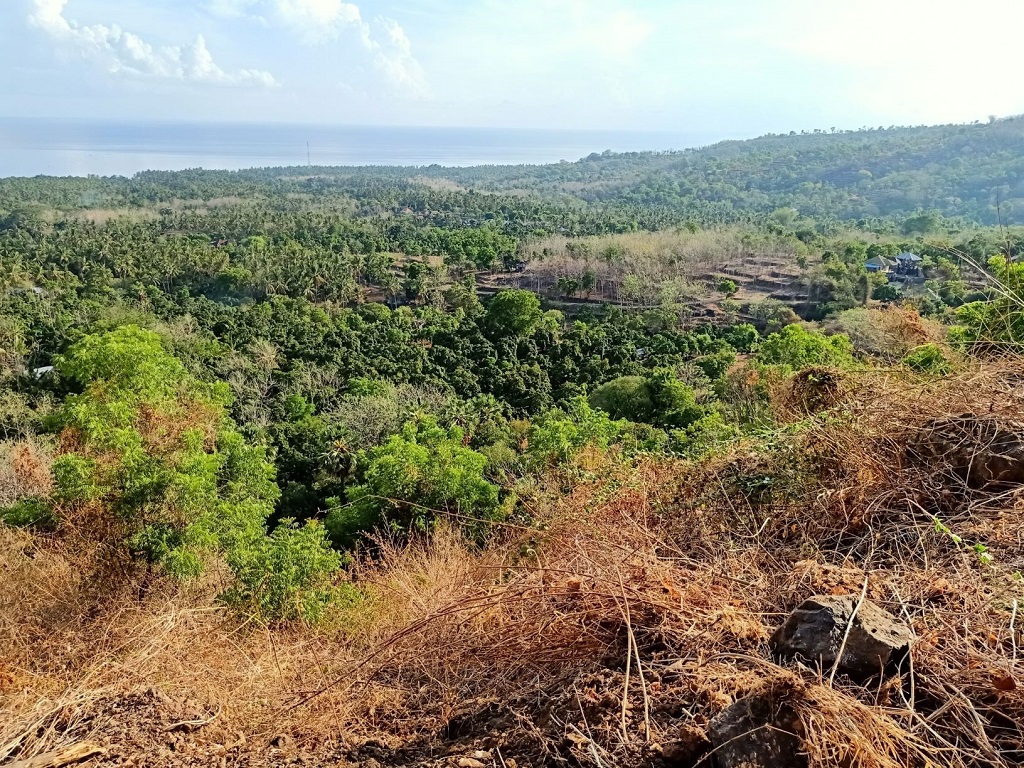 Tourism development in northern Bali has been visibly progressing since 2019. In 2020, infrastructure development is progressing, and demand for investment in the northern part of Singaraja is expected. The latest news informed that in Tabanan, Buleleng and Badung provinces, the government will restrict land transactions in areas where infrastructure roads are laid.

This blog will keep you updated as soon as new information is available. We conduct on-site inspection tours. If you are interested in “The Horizone, land development project” for your investment, please feel free to contact us.